Taste : Chives have a delicate onion flavor and are a great substitute for onion if you prefer a milder flavor or are cooking for finicky eaters. The tender, mild leaves are eaten raw or cooked in many dishes.
The uses : Toss chives into a dish at the last minute, because heat destroys their delicate onion flavor. Thinly slice them to maximize their taste, or use finely snipped chives as a garnish. Chives are great in dips and quesadillas, and on baked potatoes.

At le Calabash we cook with the freshest ingredients available and 2016 will see us share a herb experience with our clients second to none. Taste : Mild, slightly grassy and sweet with a hint of bitterness.
The uses : It adds pizzazz to boiled and buttered new potatoes; can be combined with garlic, olive oil and vinegar to make chimichurri, or garlic and lemon zest to make a gremolata, and it’s key ingredients in minestrone and tabbouleh.

At le Calabash we cook with the freshest ingredients available and 2016 will see us share a herb experience with our clients second to none. 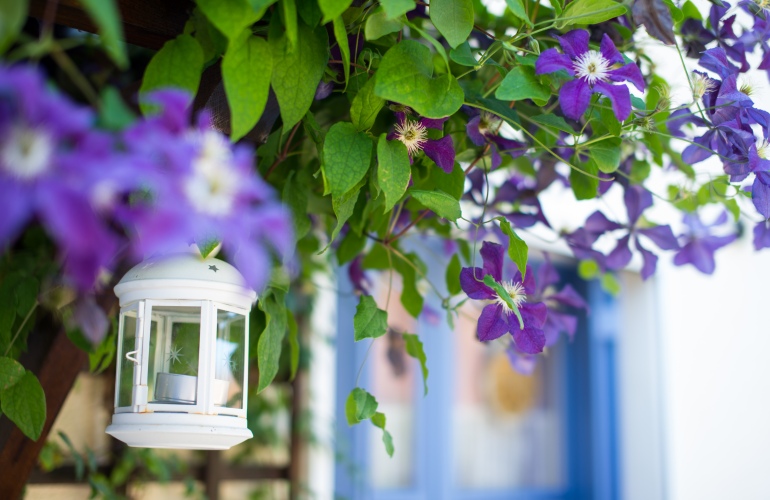 Finesse rather than fireworks marks the gastronomy of this gentle, lovely region, known for exceptional white wines, delicate fish, and France’s most bountiful fruits and vegetables. At le Calabash we are always asked, why have you chosen this area to setup ‘le Calabash’ and our answer is simply, it is Europe’s most unspoilt, undiscovered and fastest moving Culinary Destination. Putting aside some of the most beautiful countryside, architecture and history, we have so much to offer the Culinary Adventurer. The Loire boasts of the finest wines and sparkling wines in the world. Truffle and Saffron production is on an astronomic increase. Poultry, Pork, Beef and now Lamb is of the best in Europe. As the Loire valley borders the Atlantic, we have some of the finest Oysters and Mussels to be found on the continent. The Loire Valley is known as France’s Bread Basket, and this is evident throughout the year with wonderful Asparagus, Berries, Fruit, Vegetables and our Cheese Production is second to none. 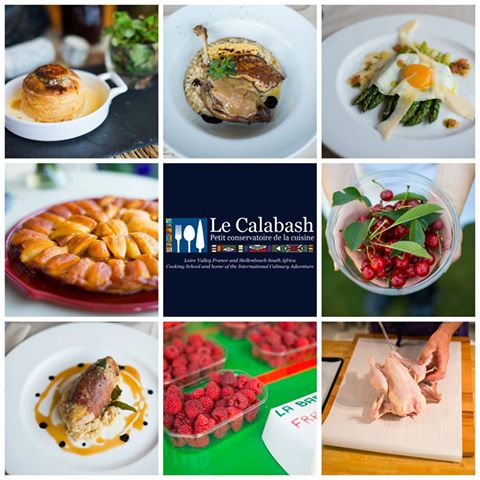 What we have to offer our guests is an opportunity to enjoy and experience cooking in a Culinary environment second to none ! COMING SOON! A Culinary Tour of France with le Calabash.

Le Calabash takes you on an exclusive Culinary Adventure through France’s finest food, wine and cultural regions. Come and enjoy a second to none gourmet experience, learning skills and techniques through hands on cooking classes with award winning chefs and visits to the markets. A journey through France that will leave you with many special memories. In our new French Culinary Adventure le Calabash take you to the stunning Château of Villandry, the last of the great Châteaux of the Loire built during the Renaissance. The sober elegance of its architecture combined with the charm of its outstanding gardens make this one of the Jewels of World Heritage. 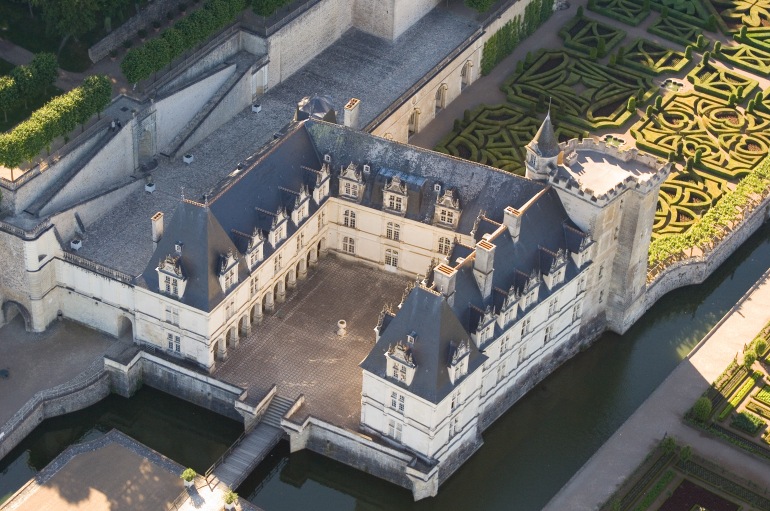 The lands where an ancient fortress once stood were known as Colombier until the 17th century. Acquired in the early 16th century by Jean Le Breton, France’s Controller-General for War under King Francis I, a new château was constructed around the original 14th-century keep where King Philip II of France once met Richard I of England to discuss peace.
During the French Revolution the property was confiscated and in the early 19th century, Emperor Napoleon acquired it for his brother Jérôme Bonaparte. 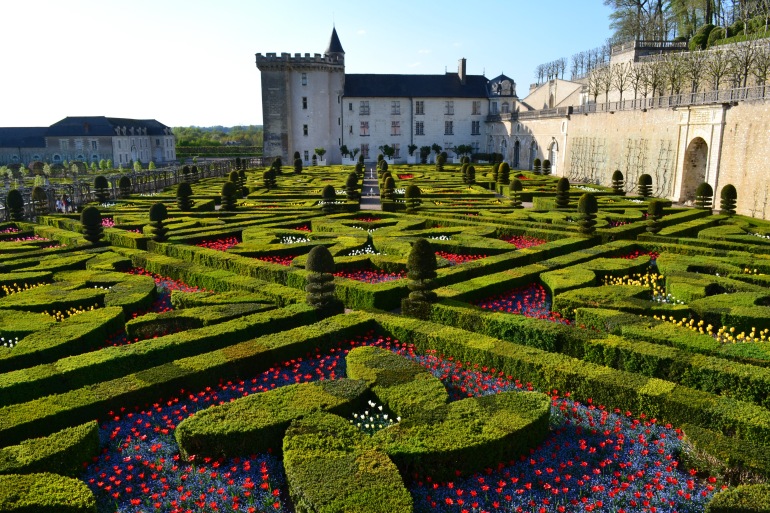 Its famous Renaissance gardens include a water garden, ornamental flower gardens, and vegetable gardens. The gardens are laid out in formal patterns created with low box hedges. In 1934, Château de Villandry was designated a Monument historique. Like all the other Châteaux of the Loire Valley, it is a World Heritage Site. 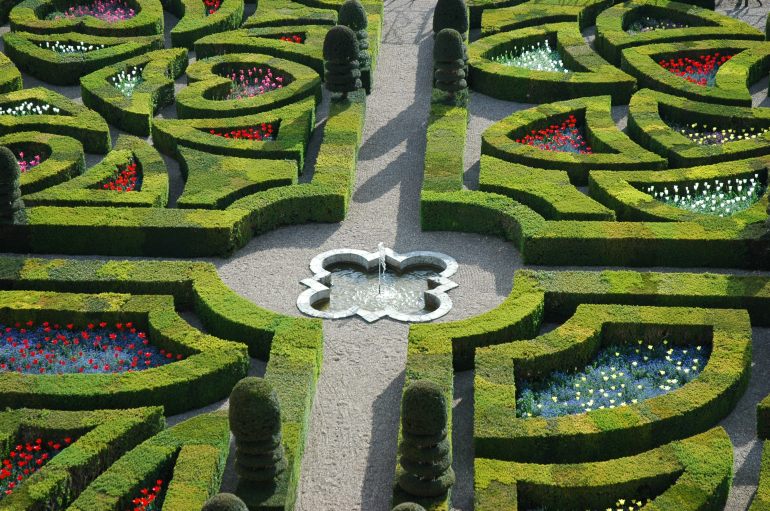 On a Culinary Adventure with le Calabash we visit the beautiful historic city of Tours where you will explore both the indoor ‘Les Halles’ food market and the twice weekly outdoor market, you will amazed by all the incredible fresh and local products. 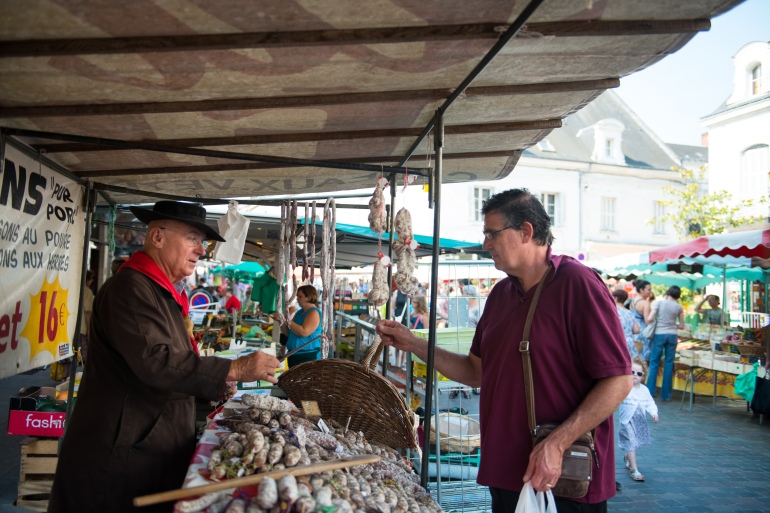 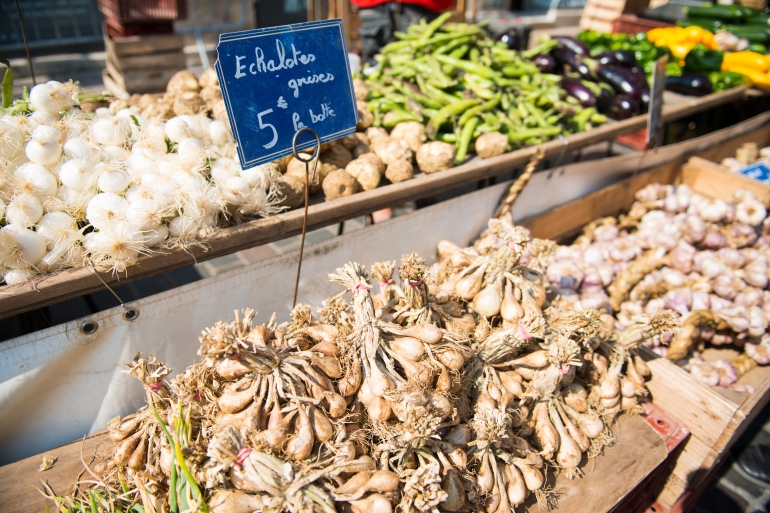 We visit the old town which clusters around place Plumereau; its old houses restored to their former glory. Today this is the place for pavement cafes and people watching in the summer. Stroll the smaller, narrow streets like rue Briçonnet and you step back into the historic medieval city. To the south you’ll find a Romanesque basilica, the Cloitre de St-Martin and the new Basilique de St-Martin. You’re in the place which was once on the great pilgrimage route to Santiago de Compostela. St-Martin was a soldier who became bishop of Tours in the 4th century and helped spread Christianity through France. His remains, rediscovered in 1860, are now in the crypt of the new Basilique.

The other old part, the cathedral quarter, on the other side of the main Rue Nationale, is dominated by the Cathédrale St-Gatien, a flamboyant Gothic building with 12th-century decorated stonework covering the outside. Inside the highlights are the 16th-century tomb of Charles VIII and Anne de Bretagne’s two children, and the stunning stained glass. 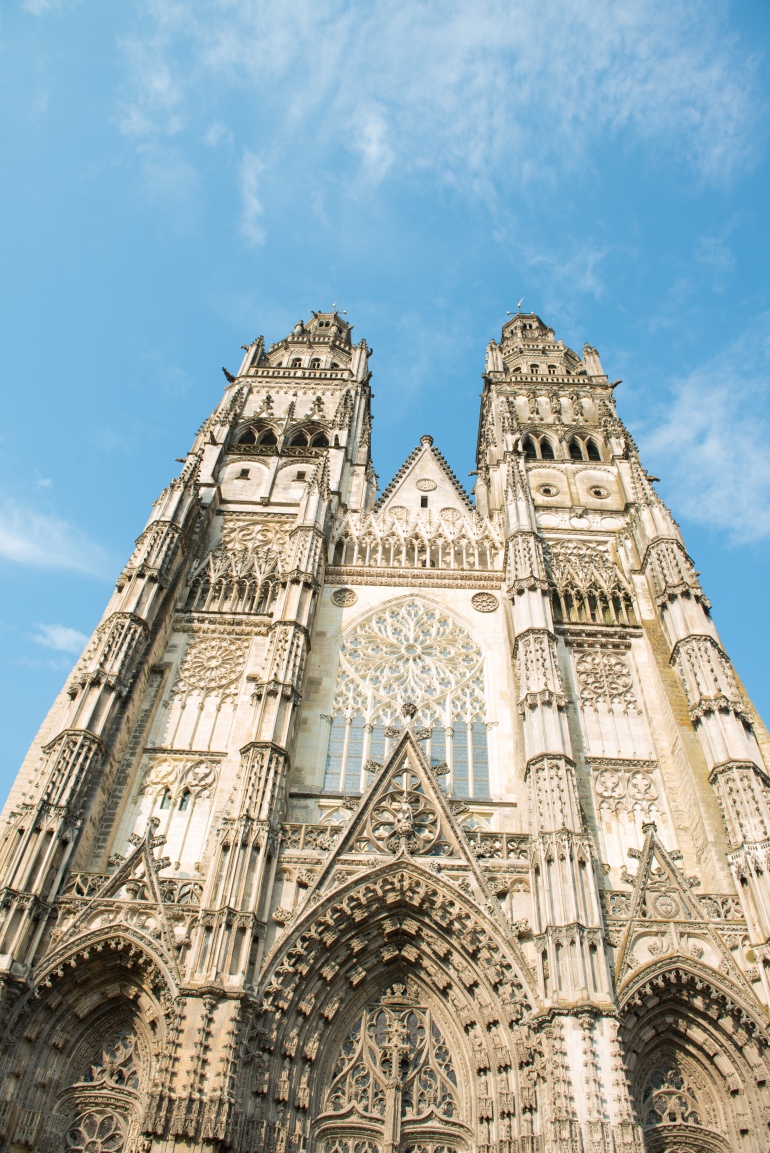 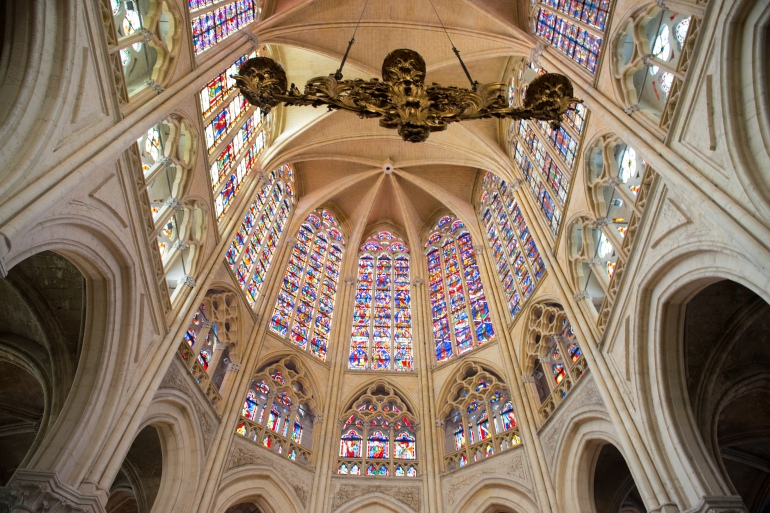 The queen of spices took time to introduce itself to the French culinary scene. Then it was able, thanks to its lemony flavour and camphor, to attract chefs, pastry chefs and chocolatiers who have learned to manipulate its presence to tame its potential to overpower.

Both genera are native to India, the largest producer until the late 20th century.

The German coffee planter Oscar Majus Kloeffer introduced Indian cardamom to cultivation in Guatemala before World War I and by 2000 that country had become the biggest producer and exporter of cardamom in the world, followed by India. Some other countries, such as Sri Lanka, have also begun to cultivate it.

Elettaria pods are light green, while Amomum pods are larger and dark brown.

It is the world’s third-most expensive spice, surpassed in price per weight only by vanilla and saffron.

Known for thousands of years as a perfume and a medicinal plant, it was quickly used in cooking, particularly in pain d’épices from the twelfth century. It is the star of Indian and Asian cuisines, but it is also very popular in Africa and in Northern Europe, where it was discovered by the Vikings.

Finns, Norwegians and Swedes who use it in cured meats, pastries and hot drinks. In France, it was used for a long time in teas and infusions, but chefs and pastry chefs, thanks to their travels, integrate it more and more into savoury and sweet dishes.

The taste varies depending on the type of cardamom. The green one is considered as the most perfumed, is both peppery and lemony, and one to two capsules are sufficient to flavour a dish for four to six people. The black cardamom, named “grand cardamom” leans towards camphor and has a very strong flavour.

The white cardamom, obtained by the bleaching of the green, reveals a flavour of pine sap.

However, all of them bring an abundance of freshness into a dish.

The ‘le Calabash’ approach to working with Cardamom

Both Alison and Sidney use cardamom when they have the inspiration to introduce an Eastern flair into the dish they are creating. Alison believes that chocolate and cardamom is a marriage made in heaven and her Madagascan chocolate and Cardamom Macaron is an all-time favourite with ‘le Calabash’s’ French clientele.

Sidney, who grew up in Kwa-Zulu Natal says that he has known the cardamom from a young age and that each and every time he works with it, that it takes him back to his childhood and the flavours of a Durban Indian Curry.

In powder, cardamom loses its perfume quickly and given its expensive price, it is a shame to use it this way.

The seeds in the capsules must be used carefully to gain more taste. Roast them slightly in a pan or crush them before cooking them. For a long time, cardamom was used in shortbreads, madeleines, muffins, brioches, cakes and crumbles and also go well with pears, apples and citrus.

In the school, cardamom perfumes many pastries like panna cotta, macarons, flans, eclairs and is especially effective in flavouring lemon and chocolate cakes. Red fruits, cardamom and chocolate are a perfect marriage.

Take a ‘Walk on the Wild Side’ and explore working with this exotic spice in your kitchen more often. 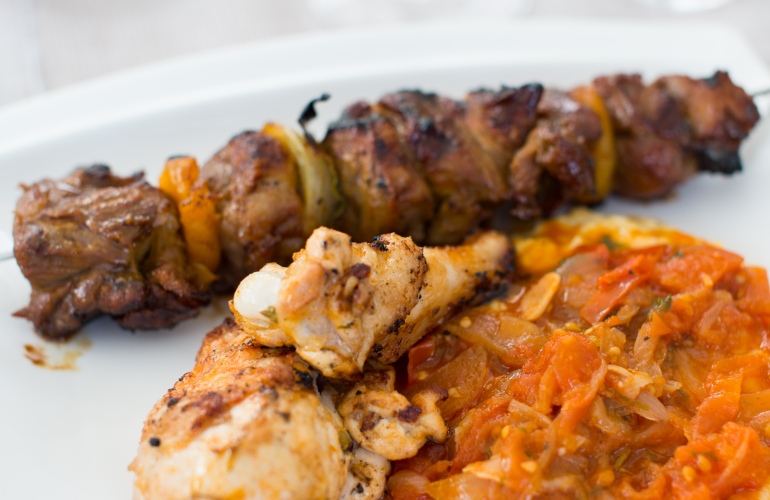 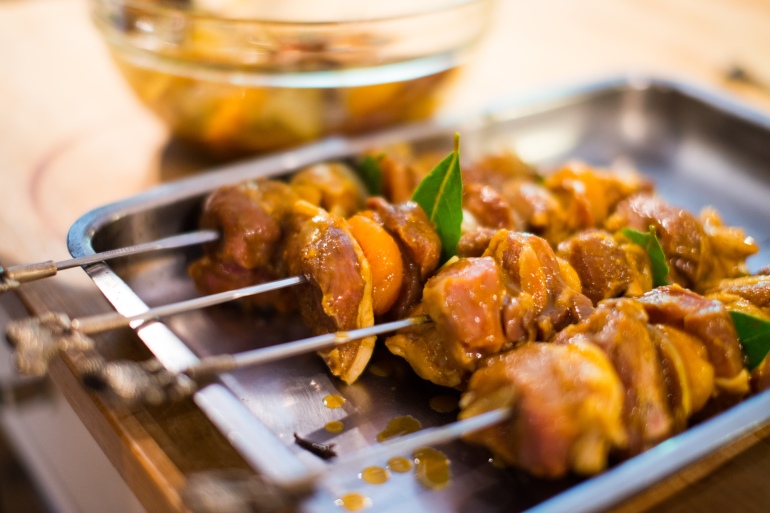 A Cape Malay dish that originated from Malaysia, called Sesates, this is an all time favourite on the South African Barbecue, served with rotis and South African fruit chutney.

* if using wooden skewers, soak for 15 minutes in water, as this will prevent them from burning on the BBQ and drying out the meat 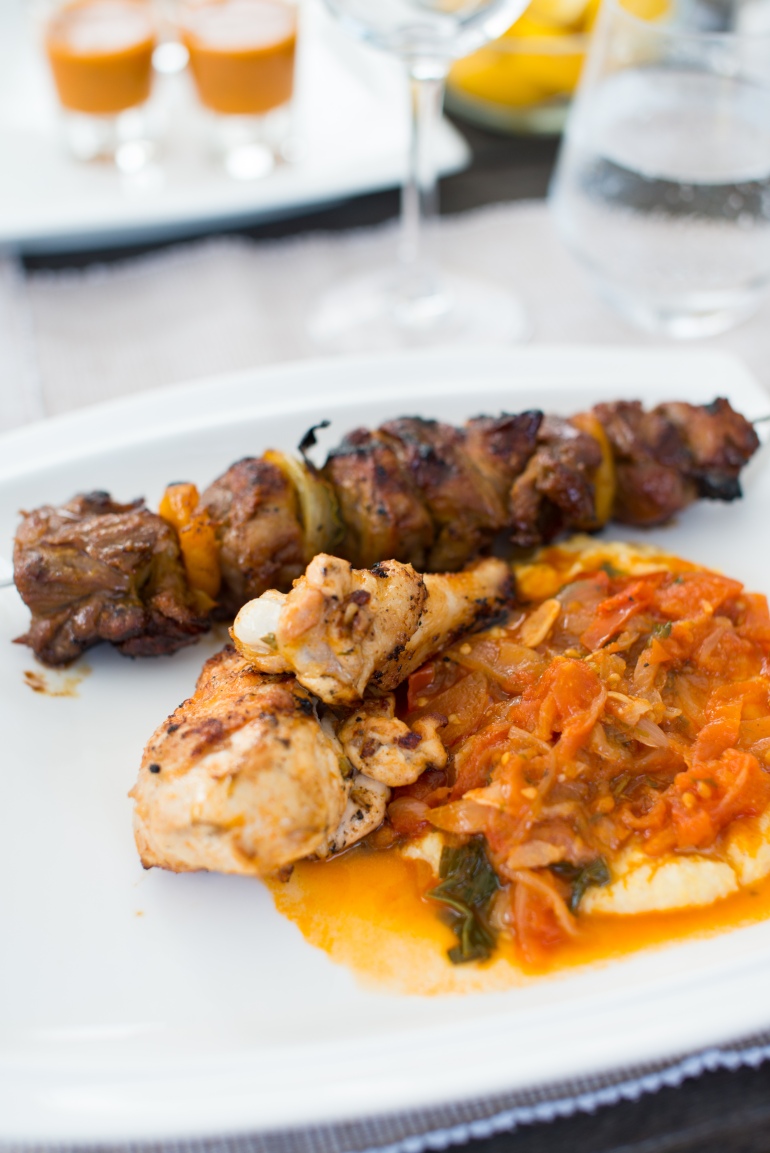 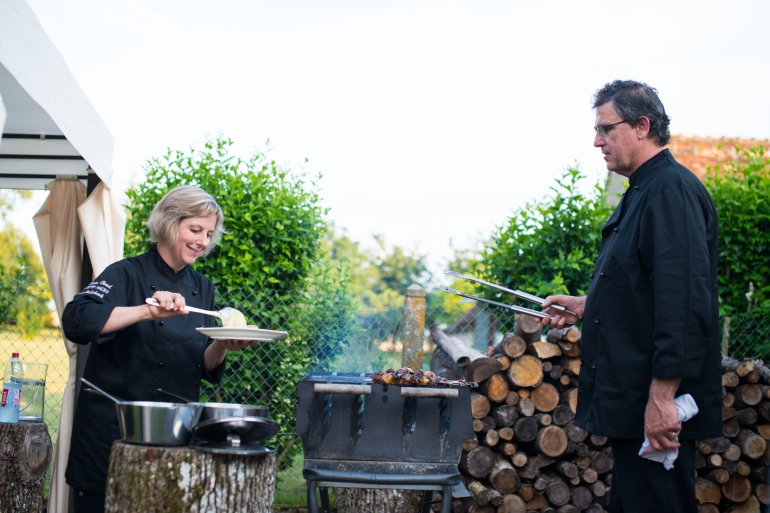 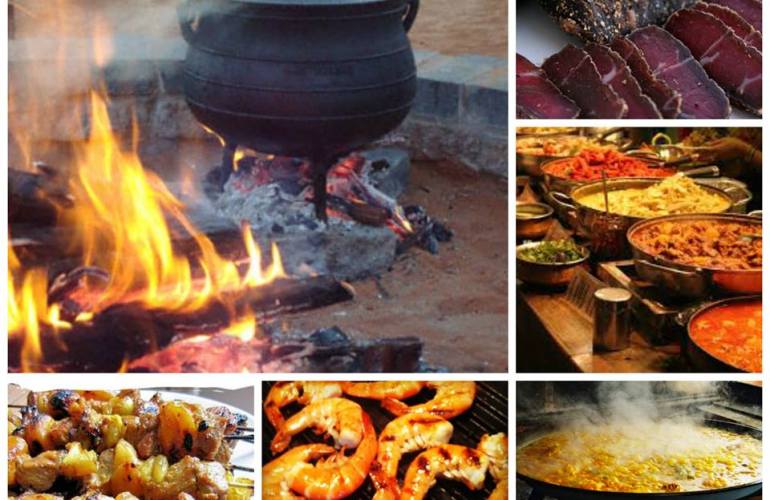 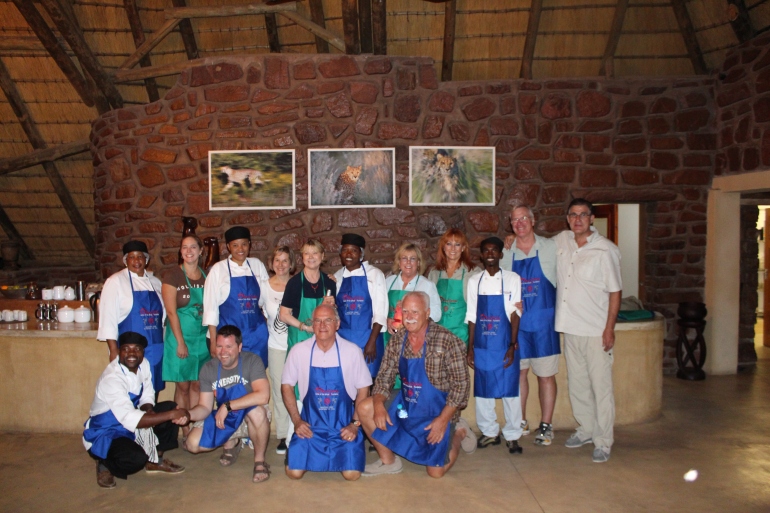 This was our first le Calabash ‘An African Culinary Adventure’ group and since then we have taken nine groups on this adventure to Cape Town? South Africa and Namibia, where we Cook with Local Chefs, over the coals and under the African Stars. We visit the world’s most natural Game Reserve, Etosha, track Cheetah on foot and enjoy the local culture and culinary offering. All four adventures to Africa are fully booked and we are about to publish our 2017 dates.

Sossusvlei has monumentally high dunes; their sinuous crests and warm colours changing as the day waxes and wanes. These gigantic star-shaped mountains of sand are formed by strong multi-directional winds; they are at their highest and most spectacular where the west-flowing Tsauchab River empties itself into the Vlei.

The warm tints of the sand, ranging from apricot to orange, red and maroon, contrast vividly with the dazzling white surfaces of the large deflationary clay pans at their bases. When it has rained sufficiently in the interior for the Tsauchab River to come down and fill the main pan, flamingos and other aquatic birds are drawn to the area.

At the park entrance to Sossusvlei is Sesriem Canyon, where centuries of erosion have incised a narrow gorge about 1 km in length. At the foot of the gorge, which plunges down 30 to 40 m, are pools that become replenished after good rains. Sesriem derives its name from the time when early pioneers tied six lengths of rawhide thongs together to draw water from the pools. 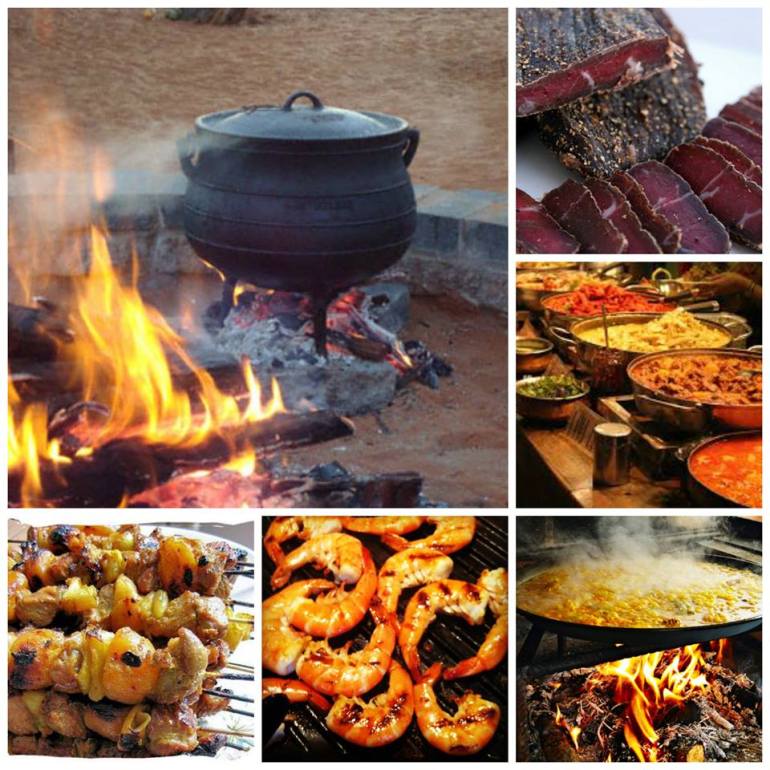 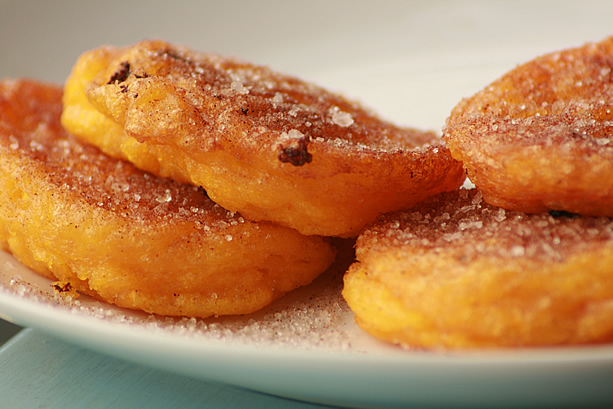 Pumpkin Fritters
This is a classic Cape Malay dish with sweetness and spice.
Really nice with Lamb, Venison and East Asian Fish Dishes.

It is important to ensure the pumpkin is well drained of all its excess liquid, dry out in a sauce pan by cooking over a low heat without a lid.

A Non-stick pan will work wonders when preparing this dish

1. Place all ingredients, except eggs in a mixing bowl with paddle and place on slow speed.
2. Add eggs one by one and mix till you have a thick batter. The batter should hold its shape when spooned.
If the batter is too stiff, add a little milk, or if to runny, add a little flour
3. Heat a little oil in a frying pan over a medium heat.
4. Scoop a heaped tbsp of batter and drop into pan, but ensure they do not touch.
5. Fry until firm and golden brown, flip over and fry.
6. The fritters will puff up slightly, but deflate a bit as you take them out of the pan. To test, press lightly on the fritters and they will tend to spring back up when done
7. Serve hot with plenty of dusted cinnamon sugar.